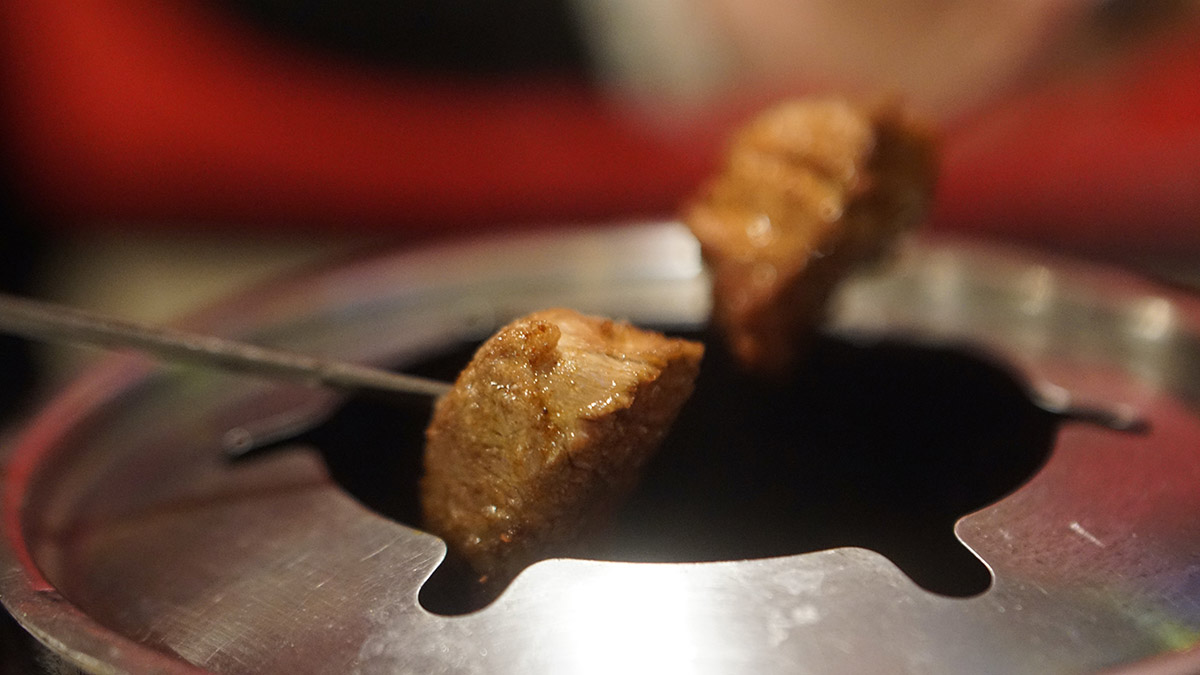 January feature dish of the Month

When you talk about fondue, it usually does without saying that cheese is involved. Here we will be talking about it’s less popular brother fondue bourguignonne.

While the classic Swiss fondue originates from Switzerland, the Fondue bourguignonne actually originates from France. Aside from the way it’s served both dishes don’t really have much in common.

In the Middle Ages in the French region of Burgundy, workers had trouble having breaks and unable to come in for a meal. What they did instead was to leave a pot of boiling oil in the vineyard where workers can come and cook pieces of meat when they had the opportunity. This practice they used created the early foundation of the dish we know as fondue bourguignonne.

Later on it was popularized by Konrad Egli, when he served it in his New York restaurant Chalet Swiss restaurant, where he is actually credited for it’s creation.

Sizzling pieces of tenderloin steak dipped in a vat of hot oil. This dish is both interactive, fun, and absolutely delicious. Taste all 12 varieties of their various dipping sauces and decide with one you like best! We recommend the peppercorn gravy, and horseradish!

Head over to the Old Swiss Inn, where you can experience this one of a kind that is will be loved by kids and adults alike.